Sorry, this is posted so long after actually being here.  I didn’t have some photos sent to me and then I forgot about it until I went to write something else.

On December 15, we departed Costa Rica. Getting up at eight gave us enough time to eat breakfast, get dressed and finish the packing we started the previous night. We got into the taxi that had been called for us by the apartment owner and drove to the airport. Something was up with one of the car’s wheels so we heard an annoying screeching sound the whole trip.

Once at the airport, we had a little piece of paper that needed to get filled out before we could check our bags. Next was the security check for the carry on. A little different than usual because we had to take our shoes off. All that was left was to walk to our gate and wait to board the plane. We bought a few snacks to eat while waiting. I had a muffin and Gatorade. Also, the Wi-Fi in the airport wasn’t that great. On the plane the TV was epic; there was even a legit remote. The first flight was so short I didn’t even make it through my second show, and I gave Lucas half my food since I don’t like ham.

When the plane landed in El Salvador, we walked to our gate, number 5. Mom and Dad bought a coffee and we started waiting for boarding time. Then we decided to check the flight board. Turns out we were in gate 10 and not 5, so we walked back (we had landed in gate 9). Me and Lucas got 6” Subway sandwiches and by the time we had eaten them it was time for the flight. This plane didn’t have TVs.

Once in Nicaragua, after another quick flight, we passed in our customs form and claimed our bags. Waiting on the other side of the baggage claim was Gorky. He owns the house we are staying in for the next month and had offered to be our taxi to the place. The ride was supposed to be 40 minutes in length, but with traffic took more like 3 hours. On the way, we stopped to get SIM cards for Mom and Dad’s phones. Looking out the window of the car I saw some interesting things. There were lots of Christmas decorations and cool light up trees. Twice, little kids came up to the car and cleaned the window in order to make some money. Finally, at the house we took our bags inside. Ariana, the other owner, came to say hello to us. Gorky drove us one more time to a restaurant and then continued his way. For dinner, I shared a cheese quesadilla and nachos with Mom. My favorite part was the quesadilla. We walked home and stopped to grab some groceries for breakfast. At the house, we had a nice conversation with Ariana and Gorky before going to bed. 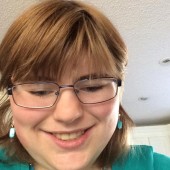 December 26-27: Via Bariloche bus from Bariloche to Buenos Aires

The Overdue Trip to the Beach

Trouble Getting to Asuncion